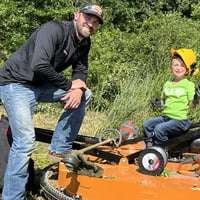 Laden Force is a family man and avid outdoorsman whose 15-year career has led him to publish several magazines, and produce and host North American Whitetail TV on the Sportsman Channel.

“My affinity with the brand is largely driven by familiarity with their legacy of being a long-standing active American company.”