He was a skinny kid from Oklahoma with no more than a fifth-grade education, but he set out on the American West with an eagerness to learn and a boundless imagination.

For the first few years, he apprenticed in the railroad shops of Colorado, managing to become a competent machinist. He took a stab at starting an automobile agency, and then a bus line, along the way absorbing everything he could about mechanics, motor repair, and welding. These skills would lead him to work on the construction of a gas line to San Francisco and processing plants for the Golden State Milk Company.

He made his way to Arizona, where he set up a small welding shop with his brother. They fixed cars and wired houses, and in his spare time he found himself tinkering with machines, dreaming up solutions to the many mechanical problems that he and others like him would face on a daily basis. At one point, he even designed and manufactured a new home water heater, though the success was fleeting.

It was the 1930s, and work was scarce in the Depression. He found himself welding oil-drilling equipment down in Texas before ultimately hitchhiking up to Oregon with little more than a handsaw in his rucksack. Within 25 years, he’d be a multimillionaire. 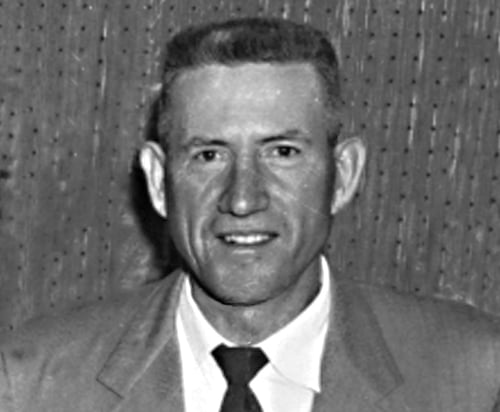 His name was Joseph Buford Cox.

A LUMBERJACK OF ALL TRADES

Joe Cox embraced the world of logging and lumbering like he embraced all things in life, with a natural-born curiosity and an innate sense of determination. He learned every job there was, felling and bucking trees as they did in the old days, using a simple ax or a two-man crosscut—colloquially known as a “misery whip.”

“We felled, limbed, and bucked small frozen knotty pine in three feet of snow that first winter in Oregon. We earned about four dollars for ten hours of hard work, and it was hard.”

Given his background, he couldn’t help but notice that the industry needed a push towards mechanization. This was already a trend in the lumber industry, but given the constraints of the forest, logging was far behind. He eventually got his hands on a new type of power saw, mounted on a pushcart and driven by a motorcycle engine. But the innovative contraption simply didn’t work.

We couldn't fall a tree as quick as we could with a handsaw.

This bothered him, because he knew that if he could make a power saw cut as efficiently as a crosscut, sawing timber would become a whole lot easier.

The early chainsaws and their prototypes used what’s called a scratcher chain, with tooth configurations similar to that of a handsaw. They took a considerable amount of skill to wield, and almost half a sawyer’s workday would be lost to sharpening.

Joe being Joe put it upon himself to find an answer to the problem. He thought about it day and night. He studied up on the latest technology, poring over the specs of every newfangled machine he could find. But nothing worked. No lightbulb lit up. Nothing. Until, that is, he turned his attention to Mother Nature and, almost by accident, stumbled across the very thing that would set his perceptive mind ablaze.

It was the time of the Tillamook Burn. A series of devastating forest fires had ravaged the Northern Oregon Coast Range. Joe was out searching for salvage timber with his trusty ax in hand when he brought the instrument down on an old, hollow stump. He paused. Something caught his eye. A tunnel, a tiny tunnel carved into the stump by the larvae of a beetle, a kind of timber beetle, a western pine sawyer to be exact.

He fell to his knees and doffed his cap and, pressing it to his heart, he leaned closer and peered into the hole. Wood worms. Destructive little devils. Their winged mothers lay their eggs under the bark, and when they hatch the larvae bore through the surrounding timber with voracious precision. Equipped with two serrated mandibles, they chew through sound solid wood, with or against the grain, leaving nothing but a growing pile of sawdust in their wake.

Joe took some of the larvae home and got a magnifying glass. He studied them for hours. What some might call “disgusting,” for him was a source of endless fascination. It seemed the larvae were cutting the wood in all directions, left and right, and not just back and forth like a common handsaw or scratcher chain.

He finally found the answer he was looking for.

Turning the basement of his modest Portland home into a laboratory, Joe went to work on an invention that would not only change his life but the entire logging and lumbering industry for decades to come. 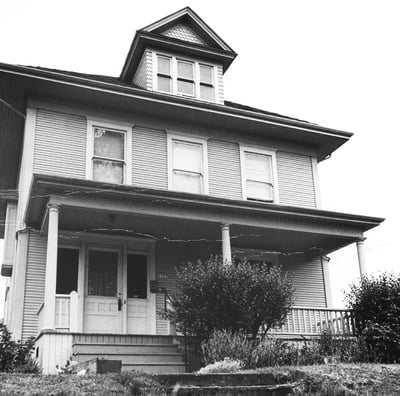 He invented a new kind of saw chain. It was based on the same principle he learned from the timber beetle, designed to cut to the sides as opposed to only cutting back and forth as the old scratcher chains would do.

This “chipper” chain cut faster and more efficiently than a scratcher chain, and it didn’t have to be resharpened as often, saving a tremendous amount of time.

FROM LOGGER TO BUSINESS MAN

Joe patented his idea and continued to work out of his basement. It took some time to get his saw chain on the market, and in 1947 he established the Oregon Saw Chain Corporation. The company had only four on the payroll. 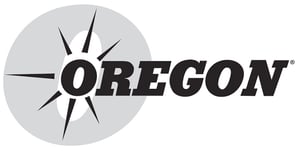 They sold $300,000 worth of saw chain in the first year. Chainsaw owners liked the product, as it maximized efficiency in cutting time—and thus their profits. The invention made high-speed timber falling possible, and it changed the face of the industry worldwide. Sales reached $7 million by 1955, and the company entered the foreign market in 1957 under the name Omark Industries.

The most important thing is a quality product. If it isn’t good, people won’t buy it again. To keep them coming back, we must make constant improvements.

Joe continued to test his product on various kinds of timber and grew his product line to include several dozen sizes as well as saw accessories and other cutting tools. By 1980, the company would be manufacturing products in seventeen plants across five countries, employing over 4,000 people and raking in over $250 million in annual sales.

The modern chainsaw became a mainstay for not only loggers and lumbermen but people from all walks of life, from construction workers and firefighters to disaster relief crews and renovation-savvy homeowners. And it owes its ubiquity to its power, its portability, and, of course, the quality of its cut, made possible by none other than Joe Cox and his ingenious discovery.